Vietnam surface water system includes all of the water in rivers, streams, lakes, ponds, and wetlands, as well as the ocean, in which river water resources are the most important that are widely used in livelihood and production. 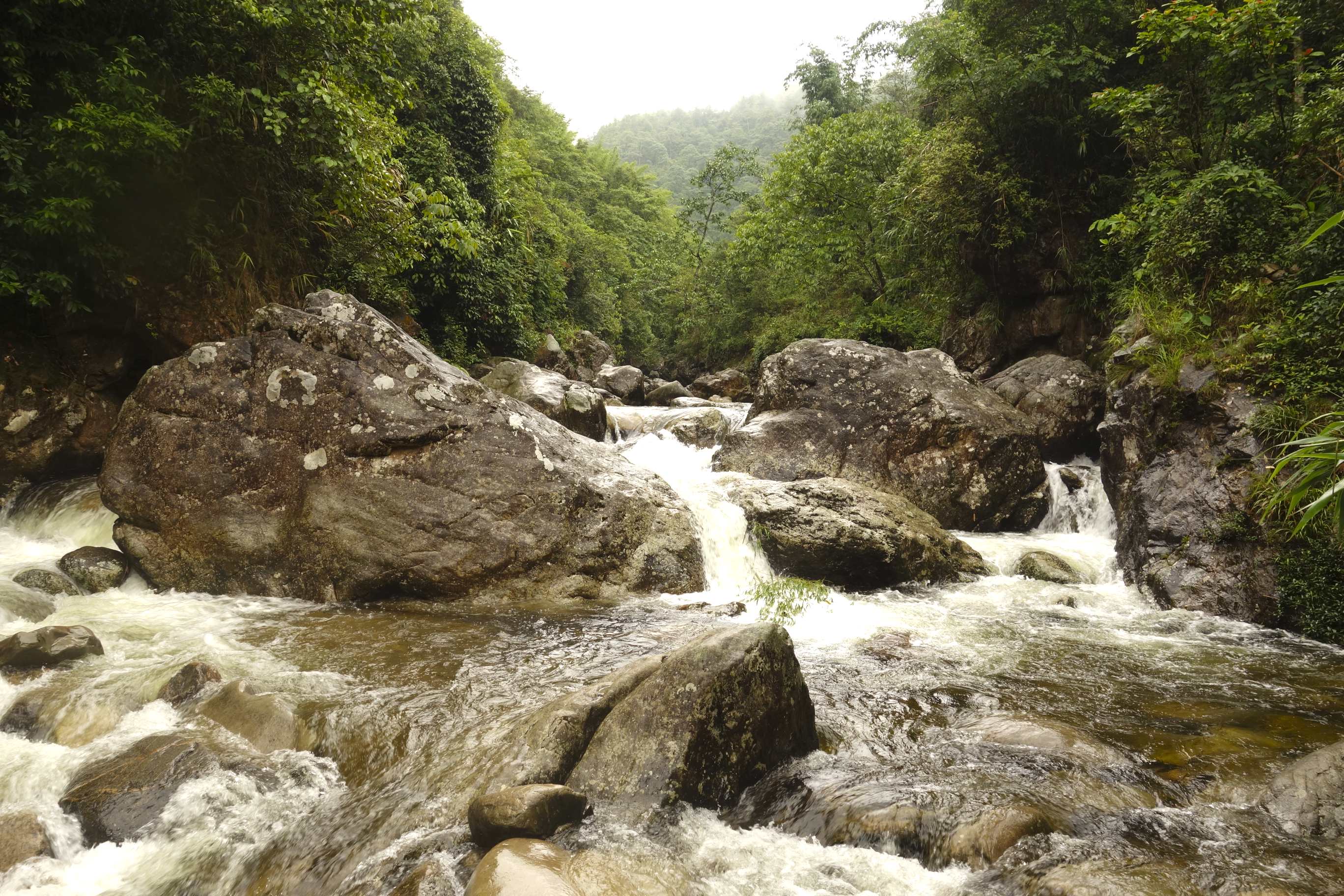 Vietnam has an intricate river system, with more than 2,360 rivers with a length greater than 10 km and 109 main channels. There are 16 major river basins with an average catchment area ​​over 2,500 km2 each.1 These are the Hong, Thai Binh, Bang Giang, Ky Cung, Ma, Vu, Thu Bon, Ba, Dong Nai and Mekong basins.2 Of these river basins, 60% are concentrated along the Mekong Basin and 16% along the Thai Binh Basin.3 In 2011, the total catchment area of ​​these two river basins was over 1,167,000 km2, with up to 72% of the surface flow in these basins originating from outside Vietnam.4

Vietnam’s two major river basins comprise two major deltas, the Hong and Mekong Deltas, which are crucial for ensuring food security for the country. The water flowing into both of these deltas is sourced from upstream transboundary rivers, so Vietnam does not have complete control over how they are managed. This leads to a more complex situation than for water sources from smaller national river systems. Climate change, deforestation, mining and the construction of hydropower dams also significantly impact the quality and quantity of water resources in Vietnam and limit the total useful volume of water flows.5

The sloping terrain in Vietnam along the northwest to southeast axis concentrates surface water in the east, where all major river basins are located, leaving the more mountainous areas in the west much drier.

Climate change has led to some extreme weather phenomena, such as droughts in high rainfall regions and saltwater intrusion from rising sea levels. This has caused a decline in the quality and quantity of surface water in Vietnam. Water resources have become more scarce, particularly in the dry season, where ponds and lakes have become depleted. River systems have been degraded by pollution and groundwater reserves are declining due to over-exploitation and lack of effective management in some areas.6

Agricultural and domestic water demand has been predicted to increase sharply due to socio-economic development and population growth in all regions of Vietnam (see Table 1).  Increased demand for water resources places them under greater pressure. For example, four river basins in Vietnam – the Hong-Thai Binh, Cuu Long, Dong Nai river basins and the basin comprising the South East Rivers Cluster (SERC) – contribute the water required to produce about 80 percent of Vietnam’s GDP. They are expected to experience dry season “water stress” before 2030. 7The SERC basin, which includes a group of rivers in a comparatively dry part of the country in  Khanh Hoa, Ninh Thuan and Binh Thuan provinces are currently under serious water stress and it is predicted that by 2030, it will only meet 28% of dry season water demand.8

The above GIR values are used to calculate water demand in terms of flow (m3 / sec) or mass (million m3 / year) required for irrigation. Source: Research on Water Resources Development and Management Nationwide In the Socialist Republic of Vietnam

While water scarcity is becoming a major issue in Vietnam, there is a lack of awareness. In a survey conducted by Prof. Dr. Le Bac Huynh, Viet Nam Association for Conservation of Nature and Environment,  about climate change risks associated with river basins, it was found that only 30% of respondents were concerned about the health of rivers. Furthermore, more than 30% of respondents were unaware of the impacts of pollution, sedimentation and reduced hydrological flows in Vietnam, despite their livelihoods being directly impacted by these pressures. 9

Limitations in watershed planning can have serious consequences for water scarcity. Activities such as illegal logging, poorly planned agricultural and forestry activities, and untreated wastewater disposal from industrial and municipal sources diminished the availability of freshwater resources. It also increases the risks associated with droughts and makes their consequences more severe.10

Agriculture use of irrigation systems

According to a status report on water usage in Vietnam, significant amounts have been invested on improving irrigation infrastructure compared to other Southeast Asian countries. For example, in 2013 it was reported the Vietnam boasted 75 large-scale irrigation systems, drawing water from 659 lakes, as well as large and medium dams. Together with more than 3500 small dams, 1,000 drain culverts, over 2000 large pumping stations, and 10,000 pumps Vietnam has the capacity to supply 60 to 70 billion m3/year of irrigation water. 11

By 2030, the composition of water usage in is expected to change, with the percentage of water used by agriculture decreasing to 75%, and the consumption by the service sector and domestic use, increasing to 9%. Overall demand for water is expected to double, accounting for about one-tenth of river water, one third of domestic water, one third of total water flowing of the country. 13