Customary practices of land use are established patterns of behavior that are locally recognized in rules and customs, either oral or written 1. Unlike national laws and policies, customary practices (sometimes called “customary law”) are developed and adapted over time by a collective social body such as a community, ethnic group or religious group upon communal land. 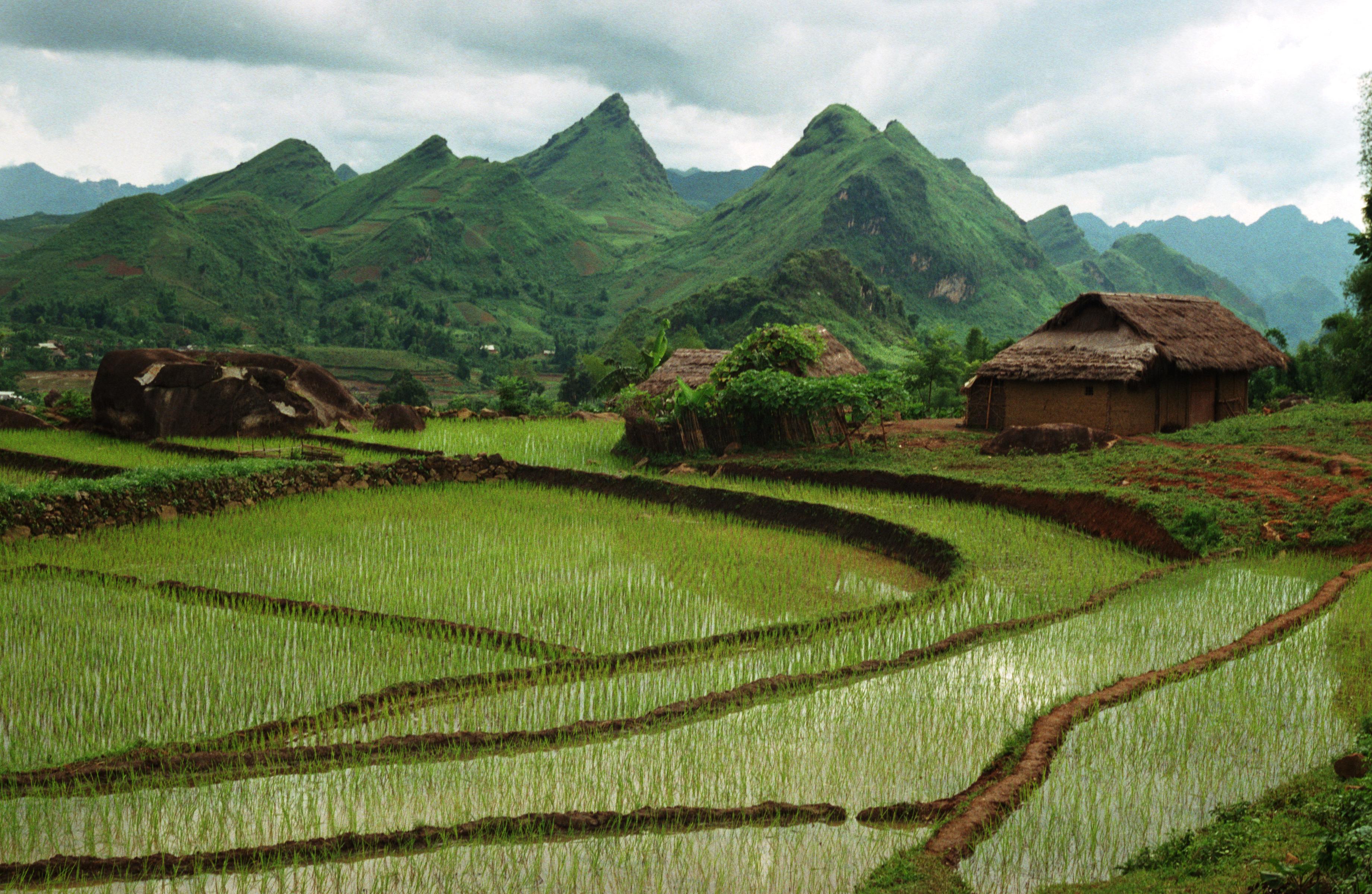 Both Kinh majority and ethnic minority communities in Vietnam have customary land practices. For the Kinh, traditional village charters (hương ước or quy ước) enable limited self-government and autonomy, regulating social relations within the norms of the state.2 Among ethnic minorities, various systems of customary law (luật tục) delineate communities’ relationships with the natural environment, including land and forest use that ensures both daily livelihoods and spiritual needs.3 That is, while Kinh village codes have a predominantly social function, minority customary practices have additional environmental and cultural identity elements, reflecting the relatively greater reliance of ethnic communities on sustainable use of land and forests.4

Comparative research in Dien Bien, Thua Thien-Hue, and Dak Lak provinces shows that 85% of ethnic minority villages have their own regulations to protect forests, and 60% have community forests which are protected by customary law for different purposes.5 These systems provide for the rotation of access and use of common resources between social groups within the community, e.g. which groups or individuals can harvest non-timber forest products in a certain season; or when and how timber cutting is permitted. Customary practices enable interconnections among social units ranging from individuals, households, families, clans, villages, and among villages. Customary tenure can thus provide secure tenure of land, forest, and water rights to individuals and communities.6 However, customary practices have also been criticized for a lack of sensitivity to gender issues, for instance in inheritance and marriage/divorce practices7

Customary land use practices can be complementary or in conflict with formal laws and regulations. Many Kinh village codes are recognized by state authorities and have been integrated to an extent into social life.8 This reflects the fact that Kinh also make up the majority of state officials. Ethnic minorities’ customary codes, however, have been undervalued in Vietnamese law and policy to date, even though customary law continues to be a strong force in ethnic minority communities.9.

The Civil Code allows for application of customary practices only if it is consistent with formal law10 though laws do . The 2013 Land Law includes a specific policy for ethnic minorities land use, to be carried out “in accordance with the customs, traditions, cultural identity and the actual conditions of each region”;11 what those conditions are is not further elaborated.

Customary practices comprise both individual and collective land use, an important difference from state laws which primarily refer to individual/household use. Particularly for ethnic minorities, community rights over forest land form an important part of customary practices. Thus, there is substantial overlap between the concepts of customary law and communal land tenure in ethnic minority communities. For instance, if collective forest tenure is not recognized, there is a risk of losing customary practices because local governance over resource use has been disregarded by authorities.12

Forest lands, which had traditionally been managed by ethnic minority communities in accordance with customary law, was allocated to state forest enterprises beginning in the late 1960s (see sub-page on state forest land). Minority access to and control over customary land and associated natural resources has come under increasing pressure as a result of in-migration, infrastructure development, large-scale resource extraction, agribusiness expansion and sequestration for military use all of which have led to large-scale appropriation of land and resources.13 Because it often lacks official recognition, communally-managed land is often vulnerable to seizure by state and private sector investors, particularly in sectors such as mining and hydropower. Dam construction on hundreds of rivers has led to a severe shortage of land for resettled ethnic minority communities.14

Since the 1990s, civil society organizations and research institutes have led calls for the recognition, inclusion, strengthening of provisions and improved application of customary practices in the management of land, including forests.15 This has led, among other results, to the inclusion of provisions for community forest management in the Law on Forest Protection and Development.16 Civil society groups have also called for Vietnam to follow internationally-recognized good practices of Free Prior and Informed Consent17.

Ethnic minority communities have demonstrated that they are good custodians of forests, contrary to a common view among some state officials that only increased government control can prevent deforestation.18. As of 2015, however, only 2% of forest land has been allocated to communities, compared with 26% to individuals; the remainder is held either by state enterprises, management boards, or local authorities.19 Although the amount of forest land managed by villages is low, this communal land plays a crucial role in the livelihoods of farmers, especially in ethnic minority communities.